At the end of Shadowlands, the changes that they’ve made is not just a bandaid, it’s a philosophical shift.

In Dragonflight, nearly everything will be account-wide — linear narrative will be optional on a second character. Dragon Riding will be account-wide as well, while things aren’t fully fleshed out yet, if your Dragon has learned extra talents or traits, we don’t want to force you to re-earn those on your alts. We know that many people are going to have 70 alts the first week of the expansion, and the system should be the alt-friendly one right from the beginning.

You find out that you’ve been asleep for a very long time, and so the directed experience is one of discovery and finding out what happened to you and befell your leader, Neltharion aka Deathwing. Many of the other Dragons didn’t know about you, Alexstraza didn’t even know about you.

It’s an evolution of our systems. Reputation hasn’t changed since 2004. From the Renown system, they liked how you could see the entire reward track compared to having to go to a vendor to see reputation rewords. There are some major factions that work that way in the Dragon Isles, and it’ll hopefully be clearer and an all around more elegant reward progression.

There can be story unlocks behind these reputation unlocks.

No current plans for a Mission Table.

Steven Danuser knows where the story is going. They have a really epic ending that they think will evoke feelings from players that will invoke characters that we’ve been adventuring alongside throughout the story.

This expansion is about the Dragons — the goals they have and the threats they face.

Shadowlands and BFA dungeons are too recent. They’re looking at MoP dungeons which had some fun dungeons and only challenge modes.

The goal they’re looking for is variety. They can’t make 8 dungeons every season — they don’t want people to refarm the same trinket from the same dungeon every five or six month so that raiders have a fresh experience every season. Every season shouldn’t be just some slight tweak to routing based on the seasonal affix of a dungeon that you’ve already run 100 times but rather a whole new puzzle to solve.

They’re also not opposed to making some tweaks to the dungeons to make them current.

Regarding doing content from previous expansions, some of it will not be available initially. The Dracthyr will probably not have a Mage Tower initially. However, content-wise they’ll be able to do things like complete Torghast. But past content stuff might not have lore that makes sense. No plans for an artifact weapon or a class hall in Legion.

The Dracthyr are an intellect class for both specializations. As for weapons (subject to change), similar to what Shamans can use – but with the addition of swords and removal of shields.

Dracthyr Tank spec is unlikely. This is a spellcaster class at its core.

They plan on rolling Shadowlands into Chromie time from 1 to 60.

BFA will be the new player expansion.

Something is happening in Tirisfal Glades in Patch 9.2.5 and we’ll catch up with Talia Menethil.

We like to do Customizations when it’s thematic, similar to Night Elves in 8.1. It’s kind of a rare and special thing, when there is the right opportunity to do something like that, that’s something that they would consider.

At launch, in the first or second zone, you’ll gain the trust of a Dragon companion and you’ll be able to call it in the Dragon Isles. It’s not too experienced in flying at the start and has limited Stamina, but as your Bond grows will allow you to loosen those restrictions. Long term, flying with your regular mounts is still the plan. It should feel good from the start, and should only get better from there.

How you’ll upgrade your Dragon is to be decided.

Alexstrasza might have some cold words for your player if you are a Death Knight that participated in the Legion quest to kill red dragons in Ruby Sanctum.

It’s something that could happen, but there’s a lot of technical issues. It’s currently a step down this path, and we’ll be guided by the community.

Eternity’s End and Zereth Mortis are a pretty good example of a day-to-day in Dragonflight. There’s gear, there’s outdoor progression and Universal currencies and that’s felt pretty good. That’s the foundation and there’s just a lot more variety in Dragonflight, it’s not just the cypher system in 9.2.

Great Vault will be carried forward with some tweaks. It’s felt like a clear improvement.

The expansion is pretty far along. Alpha is coming soon. Signups are posted. 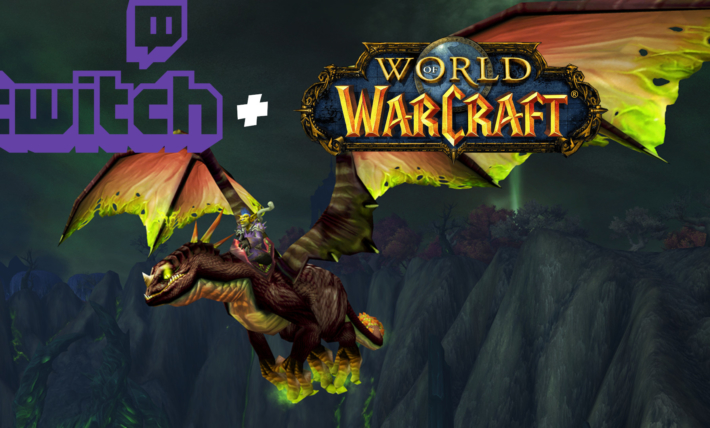 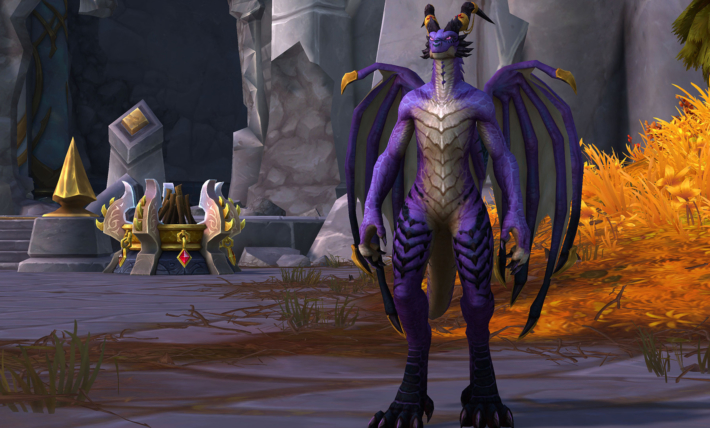